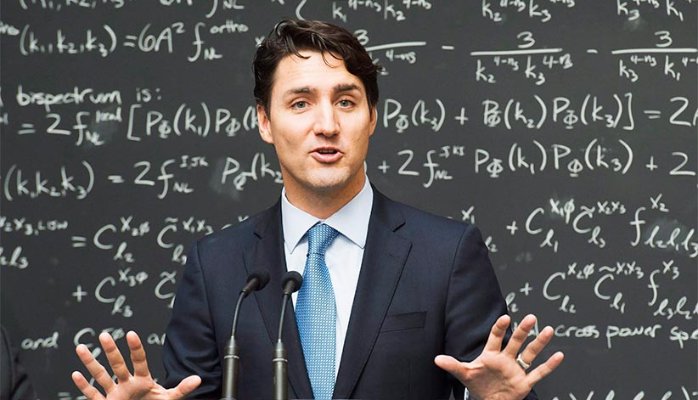 Innovation is the buzzword of the decade and anyone in Ottawa will tell you that the Liberals are far from immune. Trudeau’s Real Change platform is supposed to cascade throughout government and the country, making our society a more dynamic, creative place and so far they are definitely toting innovation as the panacea for just about everything.

But it’s not just about buzzwords anymore. Just like many businesses, Canada faces a pressing innovation challenge both structurally and culturally. Structurally, we have the same problems that we’ve been dealing with for some time. Years of underinvestment by businesses and governments have taken their toll – Canada’s productivity growth has been about a third of the USA’s since 2000. This same underinvestment has left us with ageing infrastructure – McKinsey has estimated we will need to spend $66 billion over the next ten years to meet basic requirements like roads and bridges. What is more, although we have some of the best research universities in the world, we fail to convert our R&D dollars into thriving businesses. Yes, there are initiatives coming up, like the 10 year infrastructure plan designed to address some of these issues, but there are indications of a much deeper problem – a cultural impediment to innovation. The 2015 Global Entrepreneurship Monitor Report shows that Canada offers one of the most favorable environments for starting a business and that many Canadians look to launch their own venture, but when it comes to growing businesses, we take less risks than our peers, and our entrepreneurs exit early. It’s also not just them – research we have conducted shows that Canadian venture capitalists are also more risk averse with smaller funds and smaller funding rounds than their US and European peers.

The good news is that we’re not alone in facing these challenges. Most Canadian companies are struggling with choosing and implementing the technologies needed to be more productive, and are also challenged to convert ideas into viable business opportunities. And their challenge is also, at root, a cultural one. They’ve successfully done business in a certain way for so long that they can’t adapt to the fact that the world is changing around them.

In order to address these cultural challenges, our country and our businesses need more than empty slogans. They need real leadership that is ready to take risks. Whether by marching in Toronto’s Pride parade or nominating a half-female cabinet, Trudeau has shown that he’s not afraid to push social policy boundaries. But it’s not enough. To be truly effective, he must take real actions across three major dimensions – actions that all leaders should be putting in place.

Make the aspiration clear – It’s not enough to say that we want to be more innovative. We need to have a clear goal – a moon shot for the 21st century. For many companies, this translates into a quantifiable target of profit from new products or services. For Canada – it could be 20 new billion dollar businesses or a target number of new start-ups in the next five years. As a country, we need something tangible that we can rally around and measure.

Embrace experimentation – Innovation requires an openness to trying new things. Failing fast is a start-up mantra not because they make money from failures, but because they know that from these efforts comes real learning, and the quicker you can get to that learning, the less it costs. How do you create an experimental culture? By experimenting. The worst thing Trudeau could do to further his innovation agenda would be to release a set of policy guidelines that take months to write, or hire a bunch of consultants to design the ‘perfect’ set of interventions. Start small, try things, with the intention of learning from and changing them, whether they’re working or not.

Collaborate – We’re at our most innovative when we’re exposed to different perspectives. Diversity is another over-used term these days, but just like innovation, its popularity stems from its relevance. By building inter-connectedness within and between departments, Trudeau is breaking down some of the silos that have prevented Ottawa from being innovative, but there is a lot more work to be done. It’s also not just about working well internally – we should also be looking beyond our own borders to places like Chile, which is developing it’s own Silicon Valley, to Singapore, with its amazing programs for small and medium-sized businesses, and South Korea, which has high levels of R&D commercialization, to adapt the best of these to our own innovation plan.

For Canada to live up to our innovation goals, we need strong leaders who are willing to walk their talk and who show the rest of us how to do the same. Trudeau is talking a good game, but the fact that his innovation agenda has been mired in months of consultation is not a good sign. Move fast, Mr. Prime Minister, even at the risk of breaking some things. In doing so, you’ll show us all how innovation is properly done.