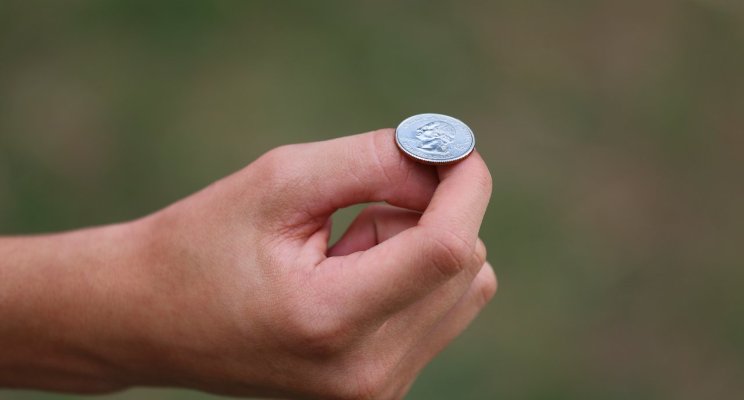 Today’s high pressure, time constrained world often requires leaders to make quick intuitive decisions. Yet, the science shows that our intuition uses a number of mental shortcuts – called heuristics­ ­­– that can often lead to poorer decisions in these moments. In this article, we outline some of these issues, along with lessons on overcoming them from some of the brightest minds in history.

The biggest problem with these mental shortcuts is that we almost never catch ourselves falling into their traps. Take for example loss aversion, the idea that even when the probability of occurrence is the same, framing something as a loss is much more powerful and impactful on behaviour than framing it as a gain. For instance, if we are given an option to take a sure gain of $50 versus flipping a coin to get either nothing or double the earnings, most people favour the conservative sure gain of $50. But when we’re given the option to take a sure loss of $50 or flip a coin to lose either nothing or twice as much, we’re much more prone to take the risk and try to avoid the loss. In both cases, the probability of winning or losing is the exact same, but our brains perceive loss as much more painful than the benefits of potential gains. As a result, no matter how many times we are presented these types of scenarios, we are intuitively biased to avoid loss.

Along with loss aversion, we also have the anchoring heuristic, which states that we are far too reliant on the first piece of information we receive, and find it extremely difficult to disengage from it in our future decisions. Added to that is the availability bias, which ensures that we give more validity to information that is easily accessible in our memory, even if it is objectively false, which leads us to give much more weight to recent information, regardless of its value. The sunk costs fallacy means we fail to ignore past losses even when they have no bearing on a current decision. And finally, confirmation bias occurs when we subconsciously pay more attention to stimuli that supports our preconceptions, while ignoring things that go against it.

But this isn’t about the biases themselves – what we’re interested in is why they’re so strong and how we can overcome them. The hard part is that our mental shortcuts are carried out so quickly that we don’t even consciously realize them. In an amazing study, neuroscientist John-Dylan Haynes was able to predict people’s decisions before they were even aware of them. Haynes and his team used blood flow mapping to look at how active different areas of the brains became after people were presented with various decisions. They found that when certain regions were activated, they reliably indicated the intuitive choice a person would make, even before he or she knew it. These findings showcase just how powerful and dangerous our mental shortcuts can be.

The good news is that by being aware of these biases and proactively working to counter their impact, we can learn to become more intentional with our intuition and make decisions that are more efficient and more effective. One great champion of overcoming intuitive biases is Warren Buffet, who invited hedge fund trader Doug Kass to a recent company annual meeting. Kass was not only a critic of Buffet’s investment style, but he was also short-selling Berkshire Hathaway stock at the time. By openly engaging with Kass and forcing himself to be exposed to opposing views, Buffet was working against the availability heuristic. From this he was able to consider some of Kass’ reservations and change some of the strategies being used by the company, ultimately leading to better returns. Unfortunately, most organizations do the complete opposite, shielding themselves from any information that does not fit with their existing beliefs and what they want to hear.

Another example of overcoming intuitive biases comes from Charles Darwin, one of the greatest scientists of all times. Whenever he was faced with an alternative hypothesis to his beliefs, Darwin would make sure that he wrote it down within 30 minutes. He said he would make a habit of doing this because otherwise, his mind would automatically reject the idea and continue along its  original path (confirmation bias in effect!). Our natural inclination is to hold on to our beliefs and defend them at all costs. However, in a complex work environment, this safety mechanism becomes a flaw that prevents us from making the best decisions.

Confirmation bias, anchoring, the availability heuristic, and the sunk costs fallacy represent some of the ways our intuition can lead us astray. For all of these, we would do well to be more like Buffet and Darwin and make a conscious effort to track our biases and become more intentional in our decision making. In our next article, we will turn to how we can train our minds to approach intuition (and our heuristics) intentionally, building it as a strength rather than a weakness.

Mike is the founder of Juniper – a boutique consulting firm. Faizan Imtiaz, an organizational psychologist, is working at Juniper as part of his PhD program at Queen’s University. This is the fifth in a series of articles on what recent scientific research means to leadership and culture.