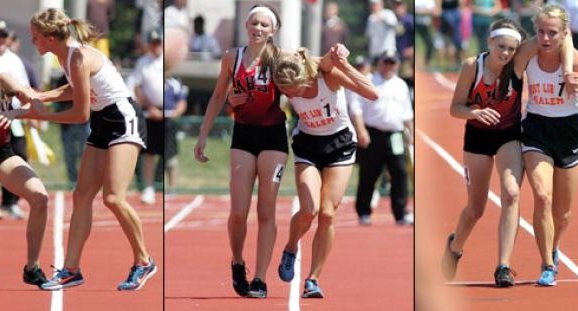 These days, it feels like you have to be a jerk in order to get ahead. From politics to business, we’re surrounded by people who would gladly trample over everyone else to win. But emerging research from psychology and organizational behavior shows that being nice is actually a much better way to: 1) be a more effective leader, 2) create a better work culture, and 3) live a happier life. It’s not just being “nice”. What we’re really talking about is being empathic – understanding others’ feelings by putting yourself in their shoes and looking at things from their perspective. And as we are learning, empathy is becoming recognized as the most critical skill for the 21st century leader.

Research shows that great leaders know what makes each member of their teams tick and have an uncanny ability to make each person feel like they are genuinely cared for, in the ways that matter to them as individuals. They use individualized considerationin each interaction to show that they’re willing to do what it takes to understand their employees. For example, after learning that Tesla’s on the job injury rate was higher than the manufacturing average, Elon Musk sent a company wide email stating that, “No words can express how much I care about your safety and well being. It breaks my heart when someone is injured trying their best to make Tesla successful“, and promised to review the reports on every individual injury. What makes him great is that Musk then met with every single injured person to understand how the accident could be prevented in the future and he even went down and spent time on the assembly line to see what was happening from the line workers’ point of view. By going beyond the data and statistics and focusing on the individual people who were affected by the injuries, and literally putting himself in their place, Musk demonstrated what it means to be a truly empathic leader. It is no surprise that he is widely regarded as one of the most forward-thinking leaders on the planet – rated the most admired leader in the tech industry in a recent survey of more than 700 start-up founders (well ahead of Amazon’s Jeff Bezos and Facebook’s Mark Zuckerberg).

New findings in biology also show that small doses of empathy can help improve work culture and increase generosity in social environments. It all starts with a neuropeptide called oxytocin. We’ve known for a while that in humans, the release of oxytocin serves as the trigger to many socially beneficial behaviours including empathy, trust, and reciprocity. What scientists are now learning is that empathic interactions can boost oxytocin significantly – a recent study found that subjects who experienced even a small empathic interaction had a whopping 47% increase in their oxytocin levels. What is more important is that this boost in individual oxytocin led to significantly increased generosity towards other participants in the same study. So small empathic interactions lead to positive hormonal changes, which in turn lead to better relationships and social interactions in an upward spiral of improving work culture. Tactically, this means that if you want to have better teams and cultures, you should build instances of empathy into your daily interactions. You will quickly notice a multiplier effect as the recipients of your kindness pay those acts forward in your organization.

Adding to this virtuous cycle is the perhaps unsurprising finding that acting in an empathic way also makes you feel happier. What the scientific literature is now proving is that you can increase your own oxytocin levels by regularly engaging in empathic behaviour. Just as making yourself smile will help you feel better, being nice to people – showing that you understand and appreciate them – has a chemical effect on the brain that leads to increased pleasure and contentment. And this just gets easier and easier. Even ‘faking it’ makes you more empathic and helps you to drive increased performance and team cohesion throughout your organization.

Don’t just take it from us

The truth is that this is nothing new. Science is catching up to (and proving) what we’ve known for a very long time. Every one of the major religions and cultures have celebrated empathy as a crucial human trait. They all have some form of the “golden rule” of treating others as we would want to be treated and thinking through how they will perceive the results of our actions.

Thus, contrary to popular belief (and to what we see happening in the news), nice folks actually finish first, and the key to that is empathy. Whether at the personal, team, or organizational level, even the smallest empathic interactions can have a significant positive effect. So be nice and watch the positive effects roll in.

Mike is the founder of Juniper – a boutique consulting firm. Faizan Imtiaz, an organizational psychologist, is spending his summer at Juniper as part of his PhD program at Queen’s University. This is the first in a series of articles on what recent scientific research means to leadership and culture.