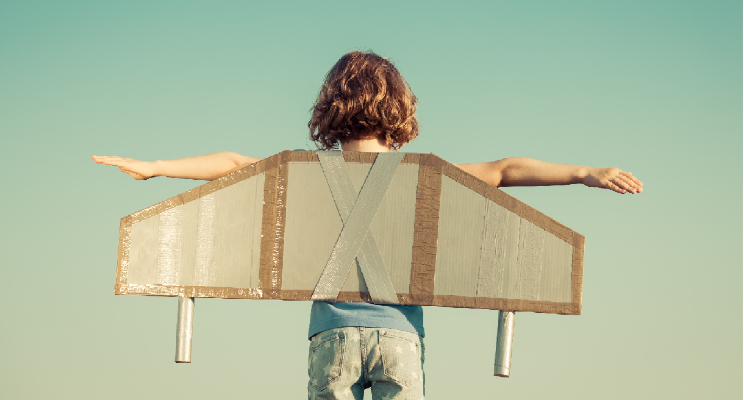 In our last article, we discussed the biggest barriers to building dynamic, innovative organizations. Here we’ll explore how to overcome these challenges as individuals and as leaders of organizations. Let’s start with the biggest hurdle to this challenge have to get over the first hurdle – the myth that creativity is something you are just born with and can’t cultivate or develop. Recent research is proving what many artists already know – that creativity is a skill that can be built and honed by anyone. As anyone who has spent time cleaning crayon off the kitchen walls knows, we are all creative as children, but as Picasso said “All children are born artists; the problem is to remain an artist as we grow up”. The unfortunate truth is that we de-value our creativity through formal education and work systems that prize analytical problem and force us to give up our innovative, artistic skills in favor of structured problem solving and rote memorization.

This is also true of organizations. One of the reasons why start-ups are all the rage these days is because they are sources of innovative ideas and approaches in a way that big, mature organizations are not. The older a company gets, it seems, the more boring and traditional it becomes. The good news for us as individuals and as leaders is that we can reverse this trend at any point. So here’s how we can help ourselves and our colleagues re-build these skills:

Perspective – be your own Medici

The Medici dynasty was a prominent Italian banking family that rose to power in the 14th century. They used their influence to bring together artists such as Da Vinci and Michelangelo to collaborate and push each other to be more creative and in doing so, the Medicis are widely credited as being a key catalyst for the Renaissance, one of the most creative eras in human history. Even though they did not directly produce the art and architecture that went on to define this period, it would not have been possible without their support and vision.

This isn’t just an accident of history – science is now proving that creative breakthroughs are most likely when distinct perspectives are brought together to work on the same goal. As Steve Jobs said: “Creativity is connecting things”. Jobs himself is famous for his ability to connect things that others didn’t, and it is this creative ability that made him and Apple so successful. Mick Pearce is a lesser-known example of this. Pearce is an African architect who has designed award-winning green buildings around the world, drawing his inspiration from a very unlikely source – termite towers. What Pearce learned from studying termites is that they are nature’s most prolific builders, and on a relative size basis build the tallest structures on Earth. More importantly, their ‘compass mound’ structures maintain stable interior temperatures despite the drastic temperature fluctuations occurring outside. From his insights into these bugs, Pearce created buildings which moderate temperature through night cooling, thermal storage, and convective air flow very much like termite towers do – buildings that are built with just 10% of the standard ventilation costs and have 35% lower energy costs.

For individuals, what the Medici effect means is that we should always be seeking insights from unlikely sources and feedback from peers who come from different backgrounds. We should also seek out new experiences to broaden our horizons – travelling, reading, and exploring new ways of thinking and solving problems.

As leaders, we need to encourage diverse groups to work together on the same projects and also give our employees the opportunity to travel and learn – exposing them to new perspectives that will open their eyes and propel their creativity.

Psychologists Edward Deci and Richard Ryan have found that when employees are afforded autonomy, organizations reap tremendous benefits such as improved morale, increased productivity, lower absenteeism, and a better bottom-line. Their work and many other studies show that when individuals feel they have permission to try new things and take risks, creative breakthroughs emerge.

One way to provide this permission is to allow your employees to pursue their personal passions on the job. This principle has driven some of today’s most creative companies. Google’s 20%-time policy encouraging employees, in addition to their regular projects, to spend 20% of their time working on what they think will most benefit Google, yielded some of its most successful and profitable projects to date (e.g., Gmail, AdSense, Google News). Similarly, Apple’s Blue Sky program gives employees a chance to spend a few weeks working on a side project that they are passionate about and Microsoft’s Garage program allows employees to use Microsoft resources to develop their own products. These three, some of the most successful companies in history, all realized that allowing their employees to try new things and experiment would bring great rewards not just on those experiments, but also on all the other projects those people were working on.

To practice creativity, you should build your own personal ‘Google time’ – deliberately schedule time to pursue that creative passion that you have been putting on the backburner. Don’t worry about being good, just include clear blocks of time into your schedule for experimentation (actually book the time in your calendar) and your mindset will change as your creativity increases. Even if your pet project doesn’t go anywhere, giving yourself the permission to try something new will flex those creative muscles which can be used in your day job to come up with new solutions and ideas.

As we discussed in our last article, courageous leaders celebrate creativity regardless of the result. In doing so, they help build a culture where their employees feel encouraged to pursue novel approaches to problem-solving and risk-taking. This doesn’t only apply to large corporations – even small companies can find ways to implement the principle of greater freedom to increase their employee’s intrinsic motivation and creativity. Again, although many of these projects will not get implemented, employees who are encouraged to be more daring in this way will bring the learnings from their experiments to bear on their other projects, greatly improving the chance of innovation and success within their organizations.

The last key to creativity is being patient with the process. Thomas Edison once said: “Many of life’s failures are people who did not realize how close they were to success when they gave up”. Biographers have written at length about how Edison would spend years experimenting and researching without making a discovery. A well-known fact is that Edison developed over 3,000 theories related to electric light, all of which were perfectly reasonable at the time of inception, but none of which worked. Eventually, he found the breakthrough, but it would not have been possible without a passion for continued practice and the will to push through failure.

Both individually and in our roles as leaders, we need to remind ourselves of this when we experience setbacks. Instead of getting dispirited by failure, we should remember that some of the most creative minds in history succeeded not because they got it right the first time, but because they found the inspiration to continue despite failure. In fact, rephrasing failure as experimentation is one simple way of realizing that it is a necessary step to success.

Creativity is one of the most important ingredients for any organization’s survival. By encouraging different perspectives, giving permission, and supporting persistence, we can help ourselves and our companies to re-ignite that creative spark. So go find some termite mounds and see what you can dig up!

Mike is the founder of Juniper – a boutique consulting firm. Faizan Imtiaz, an organizational psychologist, is spending his summer at Juniper as part of his PhD program at Queen’s University. This is the fourth in a series of articles on what recent scientific research means to leadership and culture.